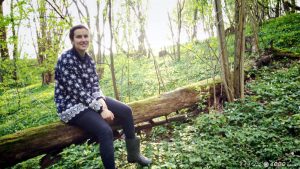 Today, I’ll tell you something that fulfilled my heart while I’m in Lithuania!

In my kindergarten, as in many other, kids take a nap after lunch. So, it’s needed a sleeping room for them…

In my kindergarten, this room had only the walls painted and some stars hanging on the roof.  Not enough to invite kids to sleep there. As you may know, sometimes is really hard to take them there! 🙂

So, I used my time of European Voluntary Service (EVS) to decorate it.

First I got the idea of doing a giant dream-catcher and hanging it on one of the walls. Later I realized it would be a great idea if that room was for adults. Kids don’t care about these things.

So, I decided to inspire myself in the book of the French writer Antoine de Saint-Exupéry – ‘The Little Prince’. I searched some draws of the book, I got my own ideas and I draw a plan to decide how it would look better.

Besides, I didn’t want to do all the characters with white skin. I still have on my mind the question of the journalist Conceição Lino on the SIC program ‘E Se fosse Consigo?’ (‘And If It was with You?)  to kids – ‘Which doll is the prettiest?’.

But, make The Little Prince a black person didn’t feel right to me. It wasn’t my idea to spread the idea that it’s wrong for him to be blonde and white. I just want to show to kids that not everyone is white.

So, I decided to include a draw of The Little Prince giving hands with the narrator, and make the narrator black.

Now that I finished my two months work I feel proud of it! In my opinion, now the room is warmer and invite the kids to go there to sleep.